Upload Files From URLs in Laravel

Laravel provides great functionality for working with uploaded files. But what happens when you need to upload a file from a url rather than from a user's computer? I turns out to be pretty simple.

Recently I've been working with a friend on a project in which users have profile pictures.

We used Jetstream to get this functionality out of the box. Although it provided us with almost everything that we needed in that aspect, one thing was missing: uploading pictures from URLs.

I created the laravel-url-uploaded-file package that extends Laravel's UploadedFile class to allow its instantiation from a URL instead of an actual file that was uploaded from the user's computer.

The package can be installed using Composer:

The usage is pretty simple and straightforward:

Now you have an UrlUploadedFile instance that can use all of the functionality that's in the base UploadedFile class. For example, you can store the file:

I wanted to have another updateProfilePictureFromUrl that, well, updates the user's profile picture from a url instead of an uploaded file. In order to achieve this, I needed to override the base HasProfilePhoto and add my new method to it:

The updateProfilePhoto method receives an UploadedFile instance as its first argument, and because UrlUploadedFile extends UploadedFile, I can simply pass it to the method and have Jetstream take care of the process without overriding / duplicating any of its functionality.

As mentioned before, UrlUploadedFile extends Laravel's UploadedFile class file, which extends a class with the same name from Symfony and adds Laravel-specific functionality to it, such as storing and mocking.

Due to our rule of sticking with Laravel's standards and style, we looked for a quick way to instantiate UploadedFile from a URL by mocking a file upload. At this point I remembered that I actually used something similar in the past while working with Spatie's great package Laravel Media Library. This package allows you to associate media to a model from URLs. After reviewing the package's source code, I came across this Downloader.

So let's take a look on the UrlUploadedFile class and break down its functionality:

If you expected to see some very long code, then I'm sorry to disappoint you. The code is pretty straightforward, and here's what is does:

I created this package to answer a specific need in one of my projects. I didn't test it thoroughly with other file types. In order to extend its functionality, other downloaders may be needed. My focus for the next version will be to support custom downloaders, like Spatie are doing in their Media Library package.

Laravel Jetstream
Liked what you just read? Have something to say? Hit me up on Twitter, I'm @NaxonD.

I needed to display only the first picture from my Product's model media collection and found my app running five queries and hydrating 16 models with only four products to display 😱 . Here's how I ended with only two queries and eight models.

Apply Filters Conditionally In Laravel With when()

Ever needed to apply filters on a query conditionally, only when the user actually applies them? Laravel query builder's method when got you covered. 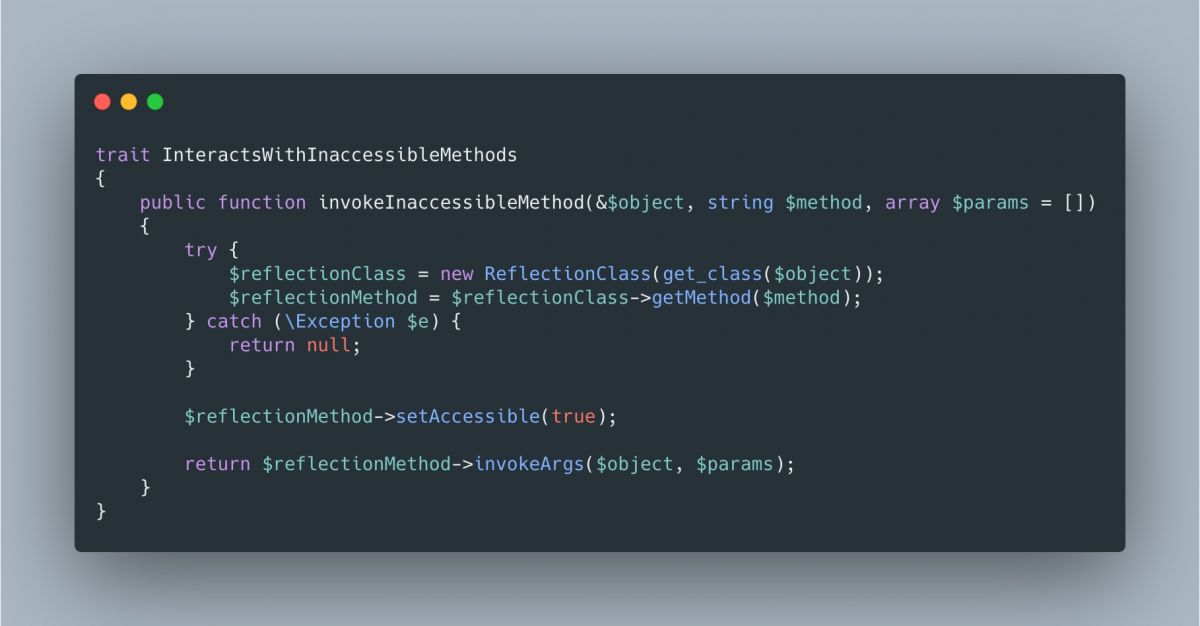 From time to time I find myself in need of invoking private / protected methods, especially when writing unit tests, So I wrote a little helper to handle those situations.